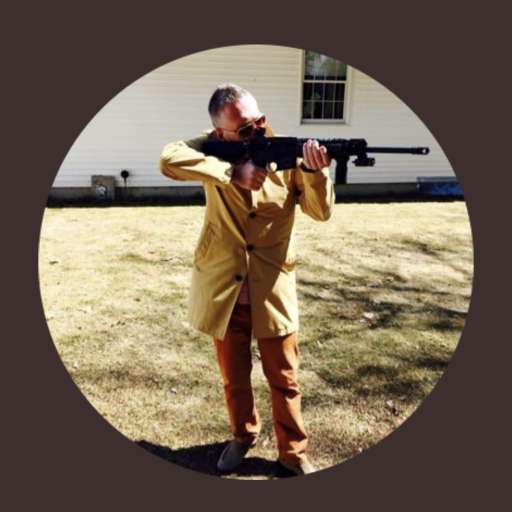 Hammurabi (Eye for an Eye) @i4ni2th4a2th

DS was following 823 people when he tweeted this (@ JACK being his last follow which is VERY INTERESTING) and since has changed his following count again (which is always a sign of COMS).

THINKS ARE ABOUT TO GET VERY INTERESTING! 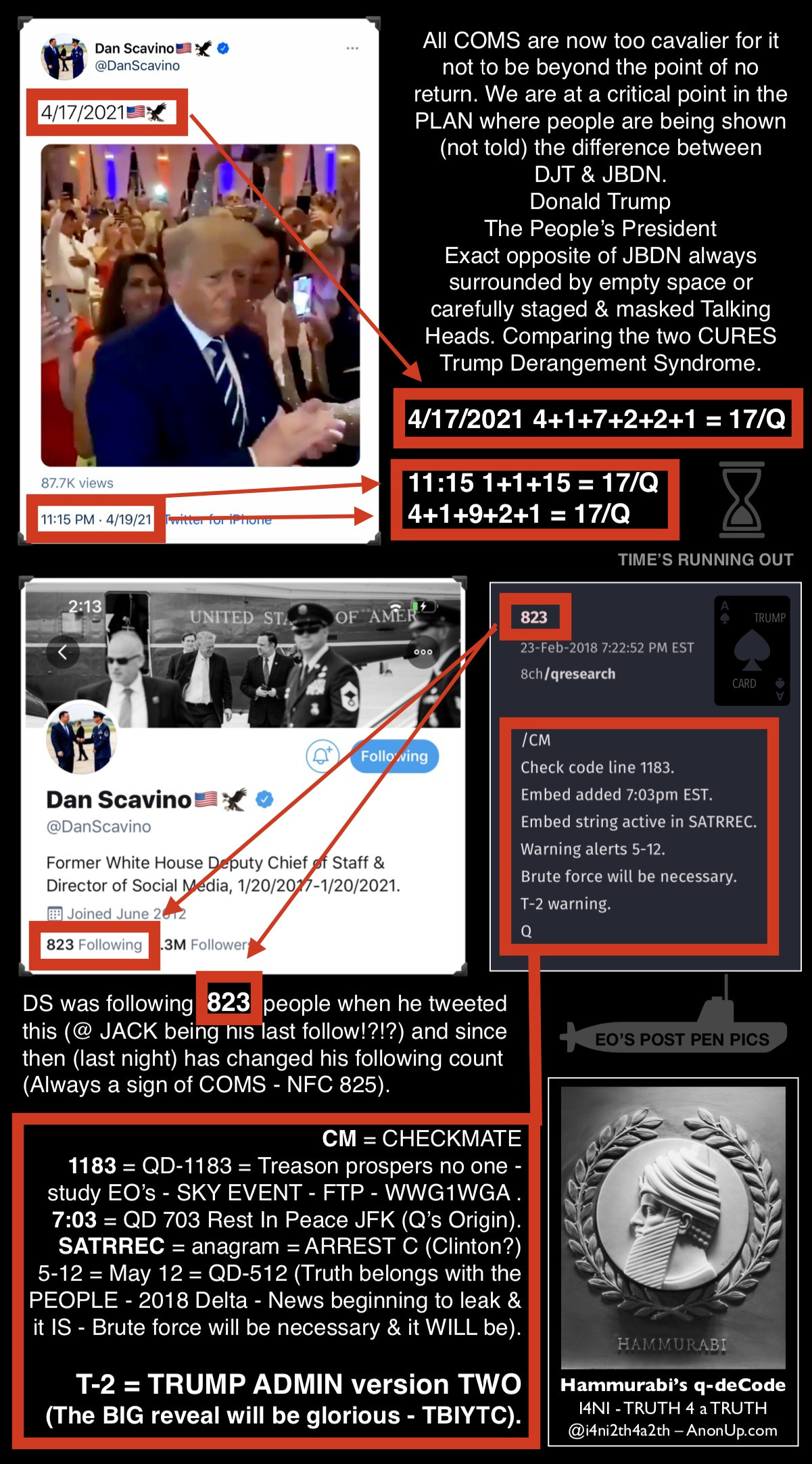 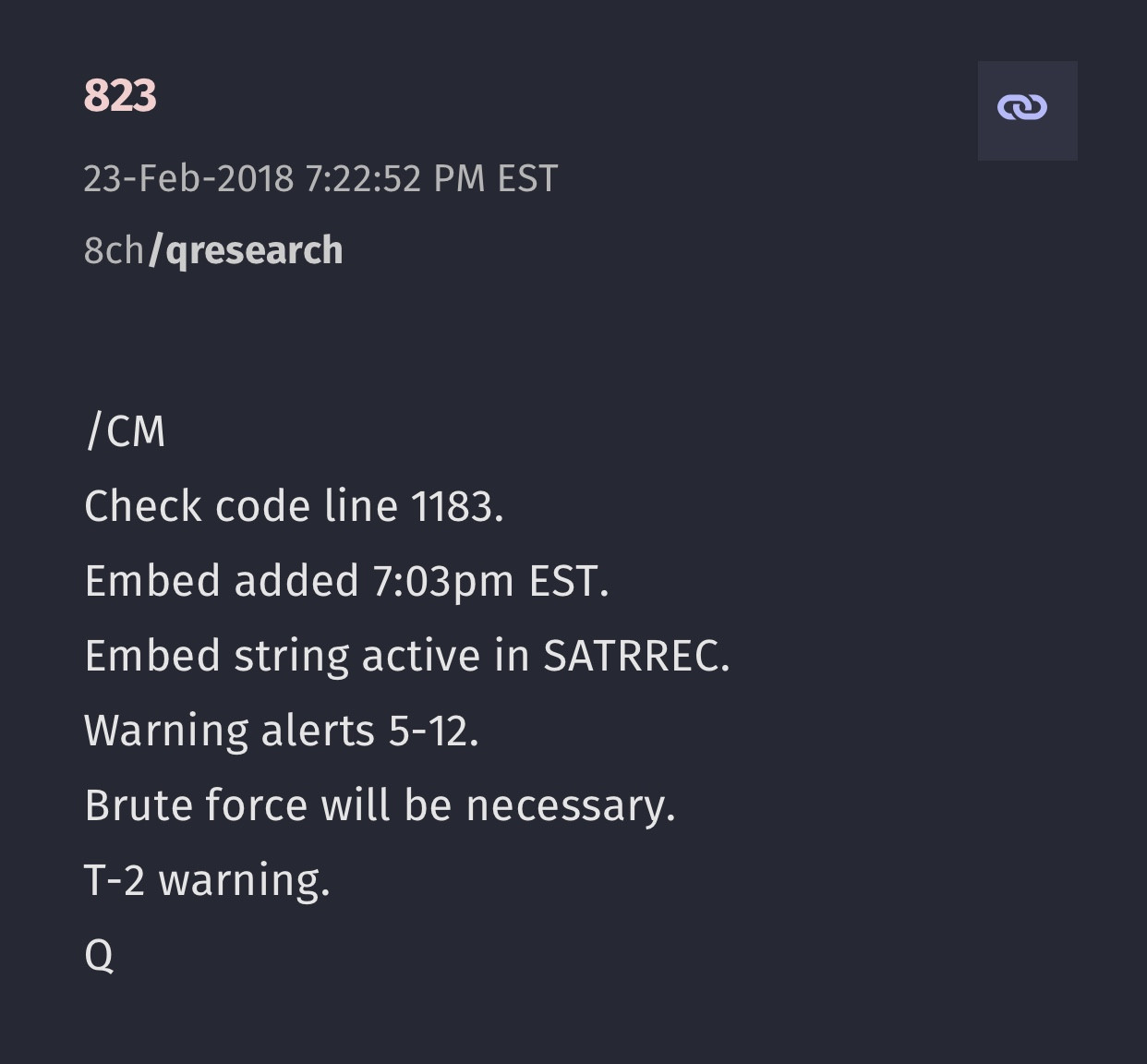 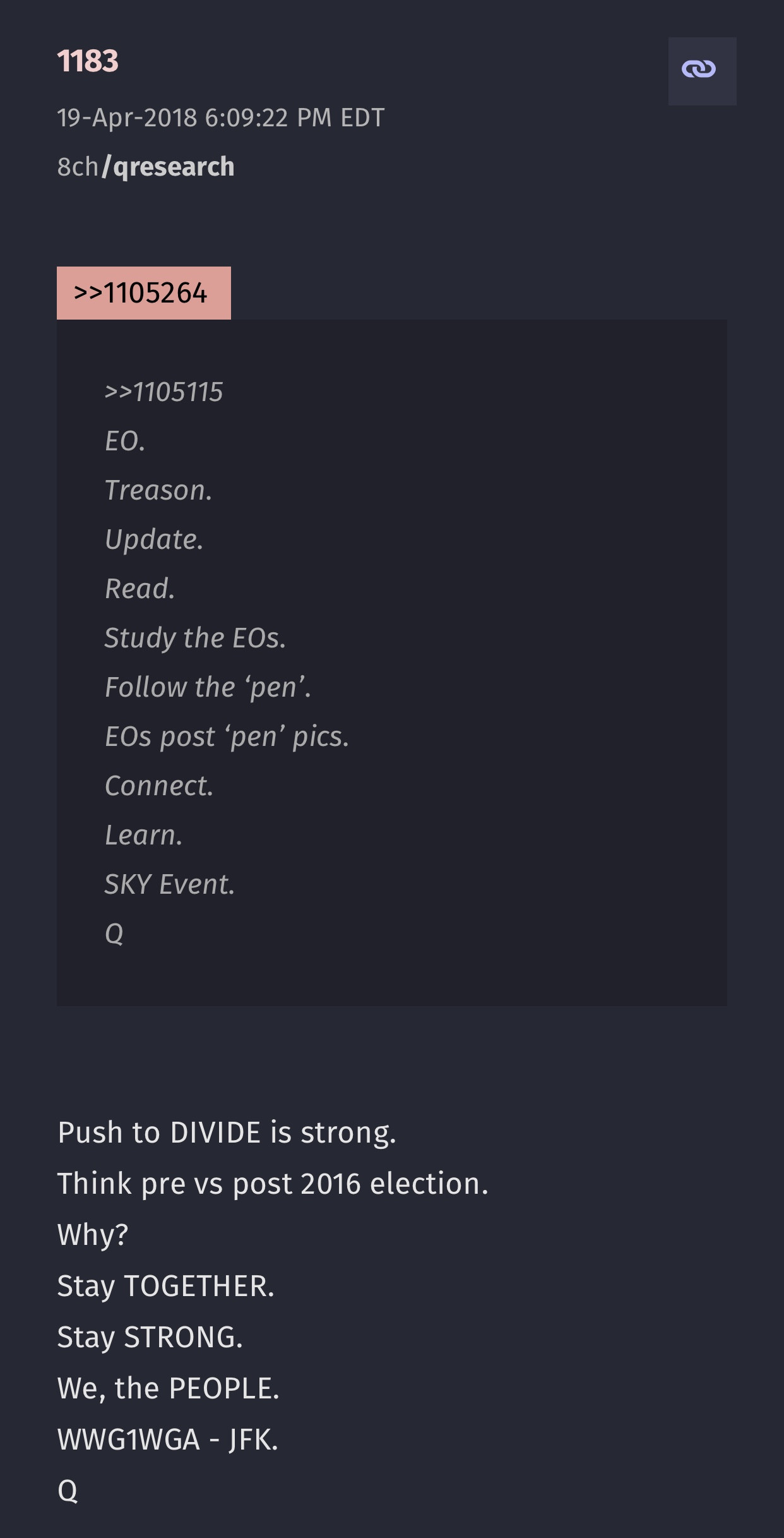 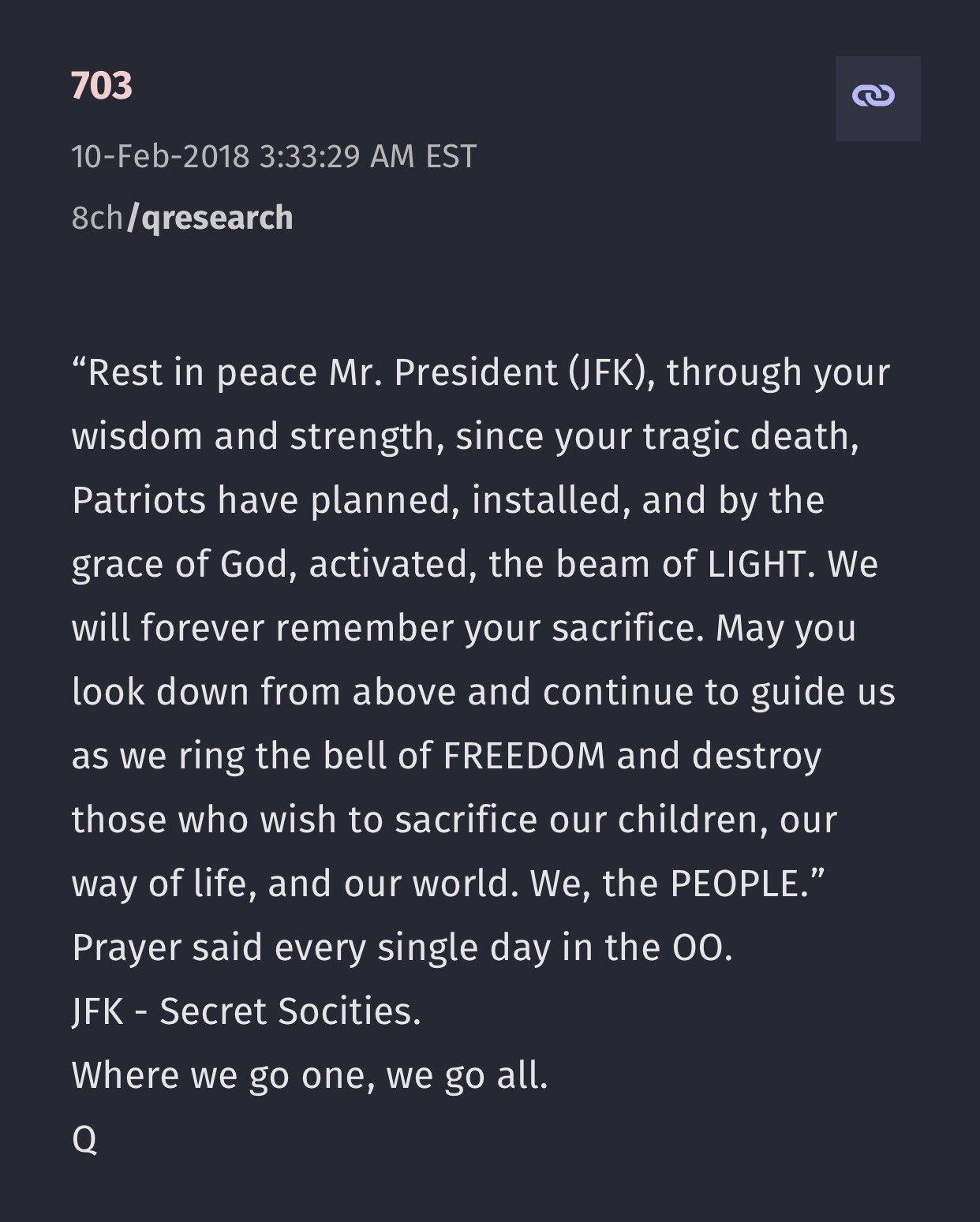 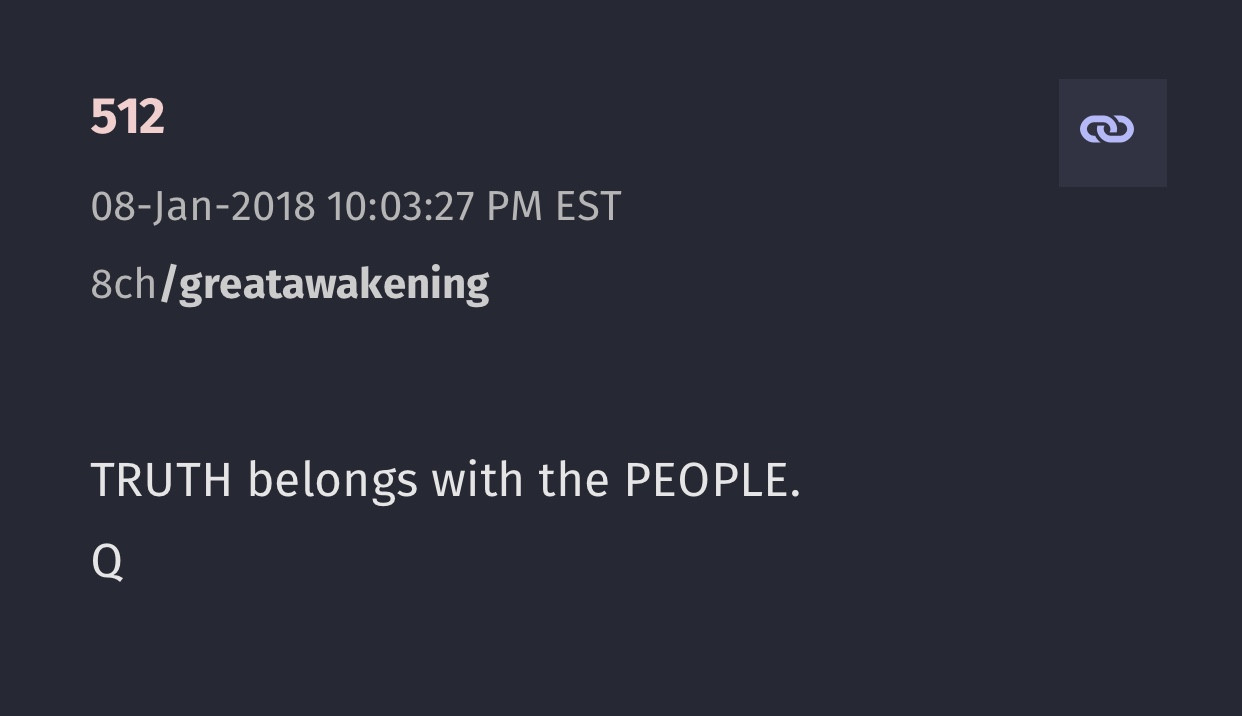 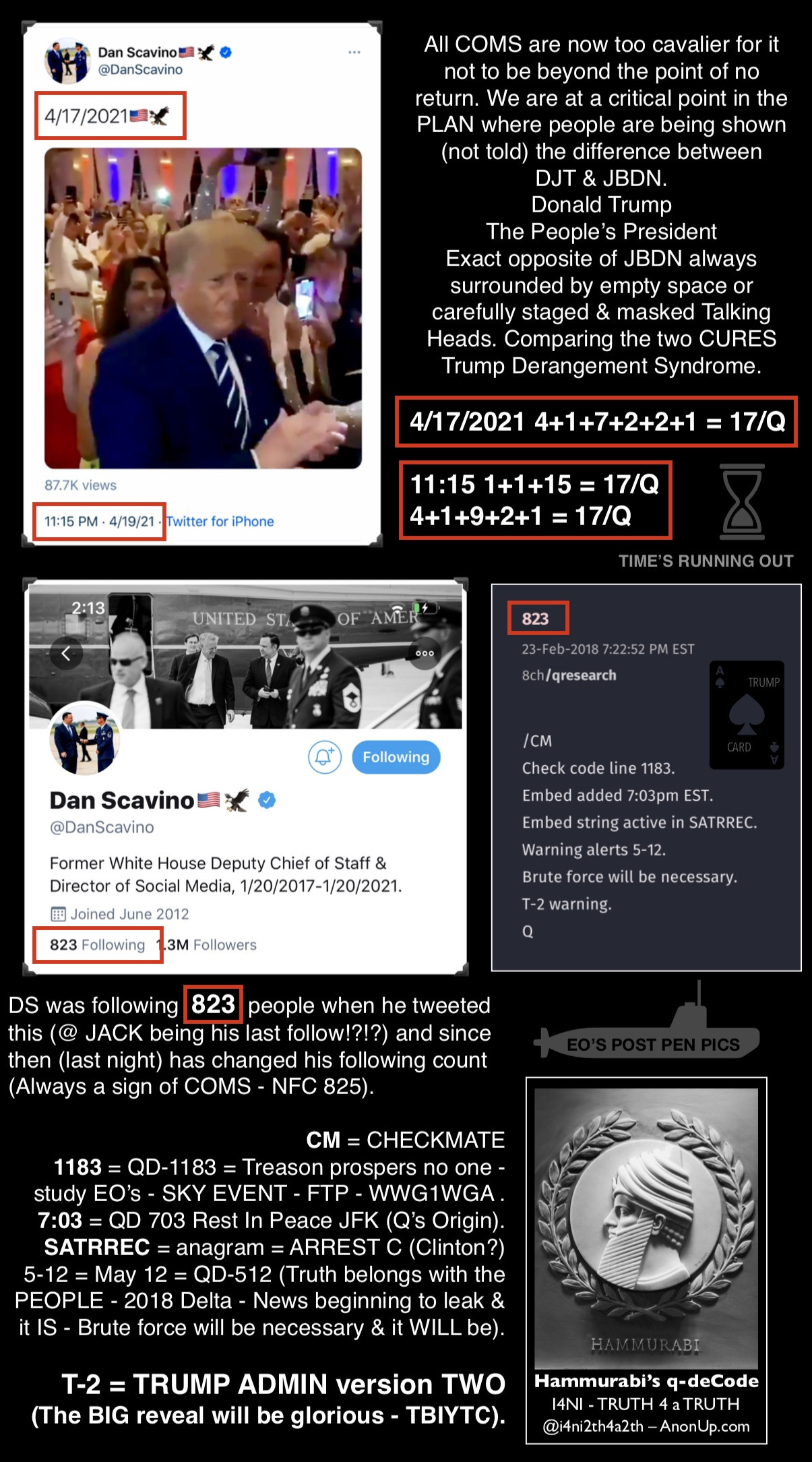 Only people mentioned by @i4ni2th4a2th in this post can reply

1, 407 Following
509 Followers
In response Hammurabi (Eye for an Eye) to his Publication

Thanks for your efforts. Can you give me your take on the following comments Genny Mikey Flynn made earlier today?

Update: General Flynn 'the foreign interference is real, confirmed by our intelligence agencies, the IP back-traces are real, if I fought for anything this is the most important thing I've ever fought for, not for Donald Trump or for anyone else, for America.'

If what he is saying true, why the audit in Maricopa County and why the continued dog and pony show? If all evidence is in and confirmed, why not end this entire scam today and start PUBLICLY arresting, perping, trying and hanging EACH and EVERY treasonous traitor involved?

Are we 100% certain "Patriots are in Control"? Wouldn't this portion of the scam be wrapping up RIGHT NOW and TODAY if so? 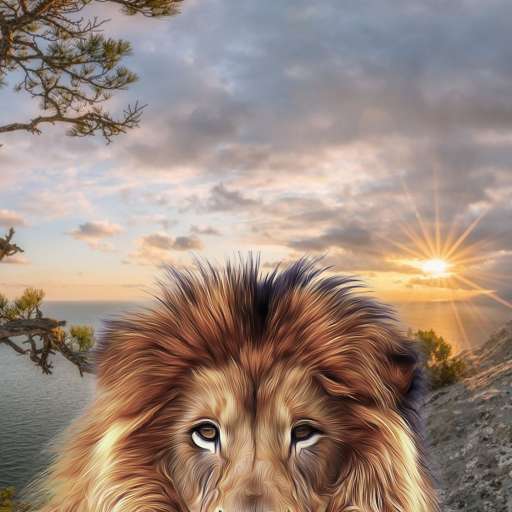 so wth does it mean...I'm sick of codes 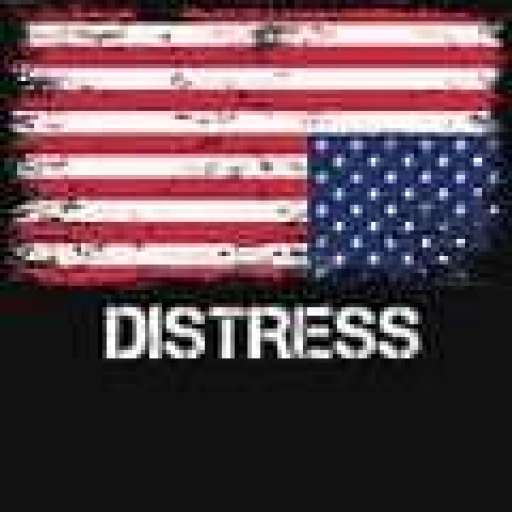 Just a patriotic countryman that hates the traitorous Deep State

37 Following
75 Followers
In response Tempus Anon to his Publication

it means absolutely nothing, just like the rest of the decodes that never happened. just prepare for the worst and hope for the best. whatever is going to happen will happen. but not one single decode has been accurate yet, not just here but everywhere. it's all simple wishful thinking and personal speculation as to what any and all posts mean or point to.

It took awhile, but God finally woke me up..Now I'm a determined Patriot ready to fight with my fellow human beings and change the world..

1, 644 Following
1, 533 Followers
In response Hammurabi (Eye for an Eye) to his Publication

WHERE ONE GOES, SO DOES THE OTHER