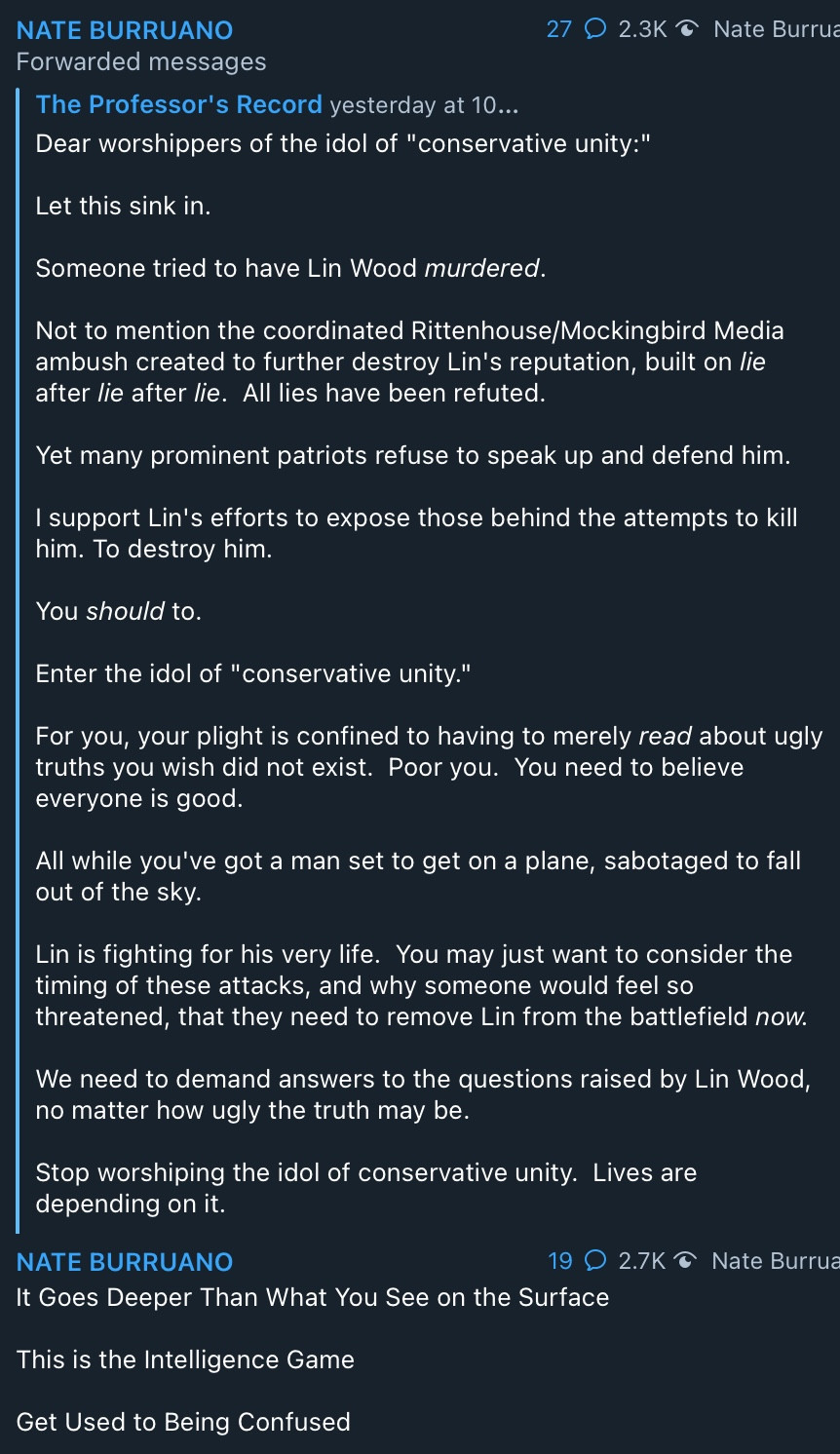 100 percent Patriot! God is my savior. Trump is till my president 💕

398 Following
366 Followers
In response Ché TrustThePlan to his Publication

This will likely get me backlash but its ok. I am starting to question Trump. Q was supposed to be about saving the children and humanity. Here we are now with jab mandates from 5 years to 100 year olds. Yet Trump … the supposed leader of this movement … supports it? Maybe he does maybe he doesnt. But he sure isnt speaking out to stop the mandates all knowing the jab is dangerous. So why is he not? He in fact is supporting jab.. he has not said mandate but by not speaking out that begs the question of why. He is focused on the election we know was stolen. Distraction? It has been said that Trump is still president and this is an movie to waken people. But lives are still being lost or changed by adverse effects of jab. It has also been said in the past anyone worth over 30 million is likely cabal. Has any Q posts said to trust Trump? Left Behind series got me thinking deeper.

Just imagine how bad things would be right now if POTUS said not to take the shot!!

The backlash would be worse IMO.

The shots are not vaccines and anyone dumb enough to take it is an idiot and most likely a lifetime libtard.

2 months ago
In response Weinerdog WWG1WGA to her Publication

Only people mentioned by @Pepe_T_ in this post can reply

100 percent Patriot! God is my savior. Trump is till my president 💕

398 Following
366 Followers
In response Pepe _T_ to his Publication

I agree sometimes Trump has to use reverse paychology lets say. Because MSM and cabal have tried to paint a picture of him as anything but a good man. But when is enough .. enough?