is everyone a double agent or something? I am hearing that general flynn defected to the bad side and now mike is wearing a boot who the fuck is genuine and who is not? I am getting confused now 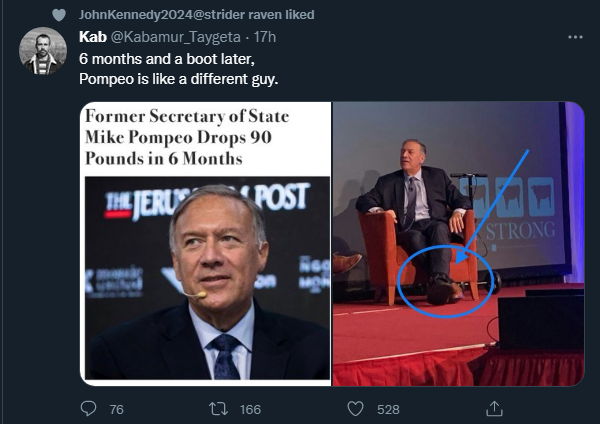 Only people mentioned by @TruePatriotUK in this post can reply

All Will Be Revealed

Q said "Trust Kansas" Who said Kansas was Pompeo? What if Kansas was referring to something or someone else? Pompeo was invited to Bilderberg in 2019 and was given a book deal. Q said those who are given book deals were traitors.

Kansas is symbolic for the heart of the midwest conservative values. Did Q mean that?

Every one of the big names stuck three stars after their name to support Flynn. Q said, " They thought you would follow the stars." Was that a pysop to get people following people who would steer the narrative unfavorably for freedom?

Supposedly Flynn recently gave a speech that was a repeat of one given by a New Age Luciferian and said we need a one-world religion. If Flynn were a Patriot, wouldn't he be saying we need to protect freedom of religion?

I say, always follow your heart and gut intuition. Godspeed.

Save the Children @verygreenmoss
4 months ago

USA Veteran. WWG1WGA "The greatest movement in the history of the World."

The fellow in the chair just resembles Pompeo...