Youth Health Strength Eternal Goddess Sovereign Free * And so it is

I saw friends today I hadn’t seen in a while.
Like me, they’re un-vaxed,
don’t wear masks unless absolutely have to
& haven’t been sick.
One friend confided her cousin “died from Covid-19.”
I said, “That’s impossible. C-19 doesn’t exist.
It’s the flu, a cold.”
“Well,” my friend said, “She got vaccinated,
got very sick
had to go into Hospital
& died.”
“So" I said, "Your cousin actually died from the VAX!!”
That the 6th person I know of
who has been vaxed,
got sick,
went into Hospital
& died.
I conclude
DON’T GET VAXED ON PAIN OF YOUR DEATH
& NEVER EVER GO INTO HOSPITAL!! 😼💥

🇺🇸 Juan O Savin
Evil is its own zip code.
They have a mentality to destroy, to kill us off
BECAUSE THEY WANT TO OWN THE PLANET.
The Georgia Guidestones say
they have to reduce the population to 500 million.
That means 14 out of 15 people today must die.
They mean right f*cking now.
Wake the f*ck up.
They’re doing this to the whole world.
You wake up or you die. 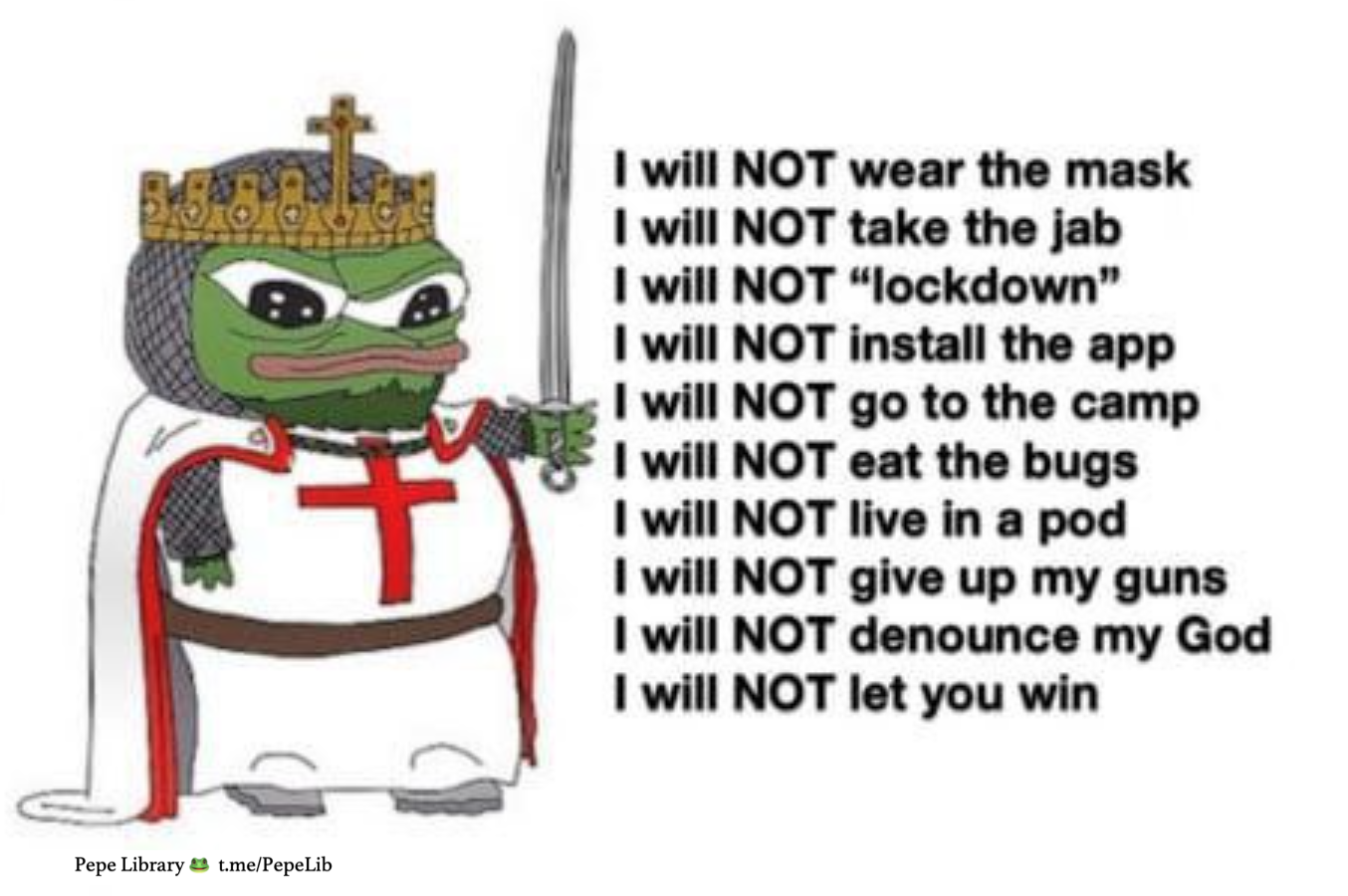 22 Following
211 Followers
In response Kat istheSea3 to her Publication

maybe you can pass that along to DJT who keeps promoting the shots. A lot of people take what he says at face value. They dont follow Q or others as we do so they dont hear the clues he throws out or figure out his riddles

Many will question him when the truth comes out
Wil he tell the truth or say he didnt know it waa bad???

Youth Health Strength Eternal Goddess Sovereign Free * And so it is

The answer is not so simple
but President Trump SAVED LIVES doing what he did.

He demonstrated when he "got covid"
he took Hydroxychloroquine & felt great 2 days later.
SHOWING that HCQ is a vax.

The deep state wanted us locked down for 5 years
while they "developed" a vaccine for "covid."
They wanted us in despair, suicidal, jobless, separated, hopeless.
By rushing a vaccine,
President Trump got us out of lockdown.

We are at war with evil & they want Humanity dead
except for 500 million
who they would retain as slaves.

Remember — healing technology is around the corner,
Med Beds & other amazing healing methods for all
including those with the vax/bioweapon in them.

President Trump did the best he could
in an IMPOSSIBLE situation
in this war with the devil & his army.

If people are taking a VAX
after 20 months of lockdown
vax deaths
Global protests
hundreds of thousands who WON'T COMPLY to Fascism
what can you do? 🇺🇸🦅

28 Following
397 Followers
In response Kat istheSea3 to her Publication

No where in any report I have just researched does it say that Trump took or was given HCQ.
BUT he did take the controversial Remdesivir.

On Friday afternoon, the president's physician, Sean Conley, DO, sent a memo to White House Press Secretary Kayleigh McEnany revealing that the president received a dose of drugmaker Regeneron's "polyclonal antibody cocktail"
On Friday evening, Dr. Conley noted that the president had been admitted to Walter Reed, where he began remdesivir therapy. On Sunday, President Trump's doctors informed the public once again that he started yet another treatment: dexamethasone.
As far as we know, that brings the total count of medications and supplements President Trump is currently taking or has taken to treat COVID-19 to eight: Regeneron's antibody cocktail, famotidine, remdesivir, dexamethasone, zinc, vitamin D, melatonin, and a daily aspirin. 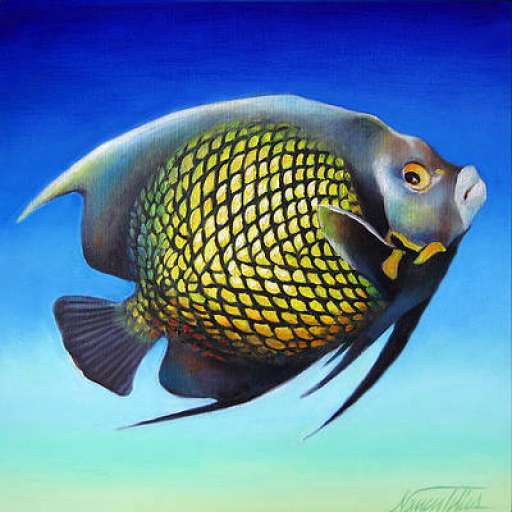 67 Following
199 Followers
In response chopsy mopsy to her Publication

Trump did take HCQ earlier in the year as a prophylactic - not when he actually got ill, which was when I recalled the regeneron. There was a lot of bogus speculation and some controversy with leaked unofficial reports claiming something else, before the doctors finally spoke about his treatment.

Anyway. here's one of the many stories when they were all in a panic over HCQ and trying to make like it was poison. Again, this wasn't when he was hospitalized. Might have been around the time Rand Paul tested positive?

28 Following
397 Followers
In response Michele Jeanne to her Publication

The point of my initial post was not weather Trump had ever taken HCQ.
I was pointing as that when he ACTUALLY had Covid, it was not something he either took or was subscribed by his personal physician.
To say that he did which is what is said in her post is incorrect.

Sorry, I understood your point and meant to support it with further clarification. Didn't intend it to come off as if I was correcting you. Just a tidbit for those who would remember that he did take it at one time, but, as you said, it wasn't when he was ill.

I'm actually pretty disappointed that virtually every single government official, even when promoting choice, always echoes the "safe and effective" mantra. I've read a lot of the papers and reviewed the statistics for myself, and it is a lie. I didn't just choose which set of medical professionals, lawyers, or journalists to believe, I looked at the data to confirm.

6 days ago
In response chopsy mopsy to her Publication

Only people mentioned by @MicheleJeanne in this post can reply

28 Following
397 Followers
In response Michele Jeanne to her Publication

So now I owe you an apology!!!
It annoys me when people on these forums just write any old crap and others believe it as truth.
That`s how easy mis-information is spread.
I might be a bit odd, in as much as, when I read a post, my first reaction is to research it.
So many times I have corrected the same person , not once or even twice as the case here in question.
As I`ve pointed out many times I have no political agenda.
I support no one above another.
Truth comes before all else. 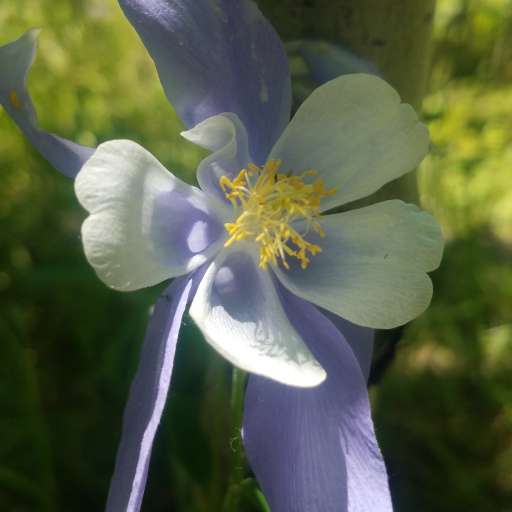 235 Following
350 Followers
In response Michele Jeanne to her Publication