ROMAN PRIEST SHOULD HARD TRUTH
He tells brief and concise, without mincing words, what is going on here. "We are 8 billion, they are a few hundred. The moment we recognize who we are and get up, the spook is over!" Definitely worth seeing!
English lang. - German sub. 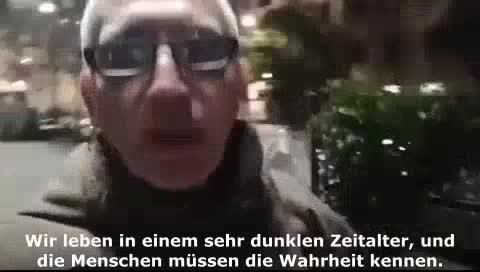 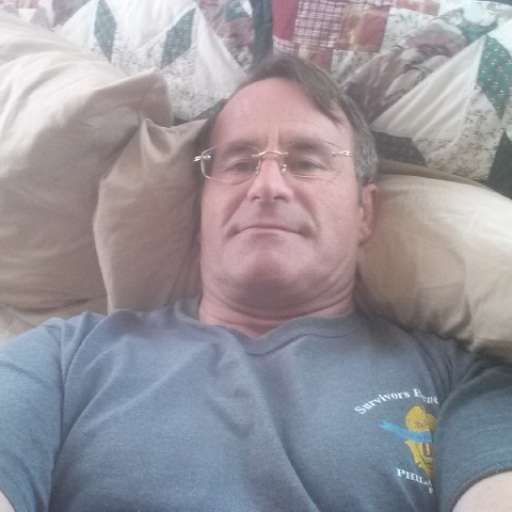 William B Doyle @WilliamBDoyle
5 hours ago

Look at date this came out... article starts off with Arjun Walia,
July 31, 2019. Why resurfacing and making the rounds now?

Mother Teresa’s Order Has Been Caught Trafficking Babies In India

A child care facility in India run by the Missionaries of Charity, part of the Roman Catholic Order & founded by Mother Teresa, has been caught trafficking babies for profit.

This is not the first time child care facilities have been connected to immoral & unethical acts like the trafficking of children.

It seems to be becoming quite a common discovery.

A lot of information has come to light over the past few years regarding very ‘elite’ people–celebrities, philanthropists & those portrayed as the bearers of goodwill–being involved in human trafficking.

A child care facility in India run by the Missionaries of Charity, part of the Roman Catholic Order and founded by Mother Teresa, has been caught trafficking babies for profit. This is not the first time child care facilities have been connected to immoral and unethical acts like the trafficking of ..

During one my tours in Iraq, a chaplain gave me a Saint Sebastian medal to wear on my dog tag chain. Sebastian is a patron saint of archers and athletes and of those who desire a saintly death. He was also venerated as a protector from the bubonic plague and as a patron of plague victims.

Sebastion was a Roman Army officer who converted to Christianity, which was illegal at the time, and secretly converted many Roman soldiers. When he was discovered, Emporer Diocletian had him tied to a tree, shot full of arrows, and left for dead. A Chrisitan widow rescued him, nursed him back to health, and the first thing he did was return to Rome to preach Christianity right in front of Diocletian. This, of course, got him executed, and now he is a Saint.

Heroes like Sebastion have been sticking it to The Man ever since 283 AD. I'm not Catholic, but I still wear that medal as inspiration ten years later. I never plan to take it off.#wwg1wga

The Mac @TheMac
7 hours ago

792 Following
786 Followers
In response newbeginnings164 Discrete to his Publication 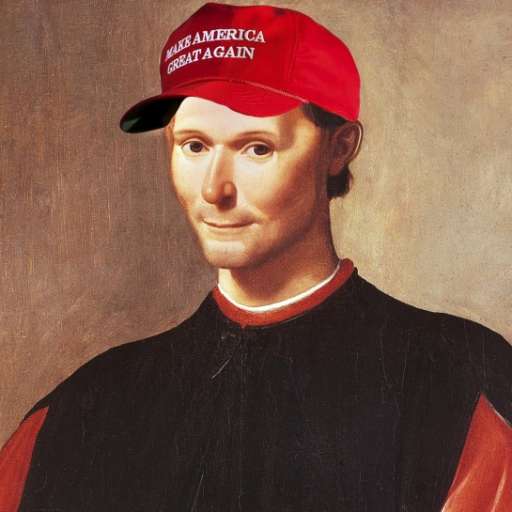 5 Following
91 Followers
In response Chuck Finley to his Publication

Look the post is similar, the iconography is NOT.

First, the face is a kind of generic take on Greek potrait sculpture of goddess like Aphrodite and so on.

Second Lady Liberty emerged out of the French Rev in their hommage to the classical Greek and Roman world and the ideas connected with Republicanism.

This was a nod to paganism over Christianity, but the light of liberty is much closer to Prometheus' fire brought to mankind than this image of Satan on the Left.

💫💥 State of the Union Address from President Trump? 💥💫

" Right so we know Trump is making an announcement Sunday 28th, dare say GESARA and military in control, we know 30 days was the word from Flynn, we know 2 days ahead of schedule, leaves 28 days, we know 27th of March Trump is reinstated, which is 28 days after 28th February, we know Trump was looking forward to 1st January, we know ancient Roman calendar that March is the 1st month, we know ides of March which is also a full moon that falls on the 15th. Debts gone, and we also know that they believe and the saying was March is the month of STORMS.!!!! 💥Boom 💥 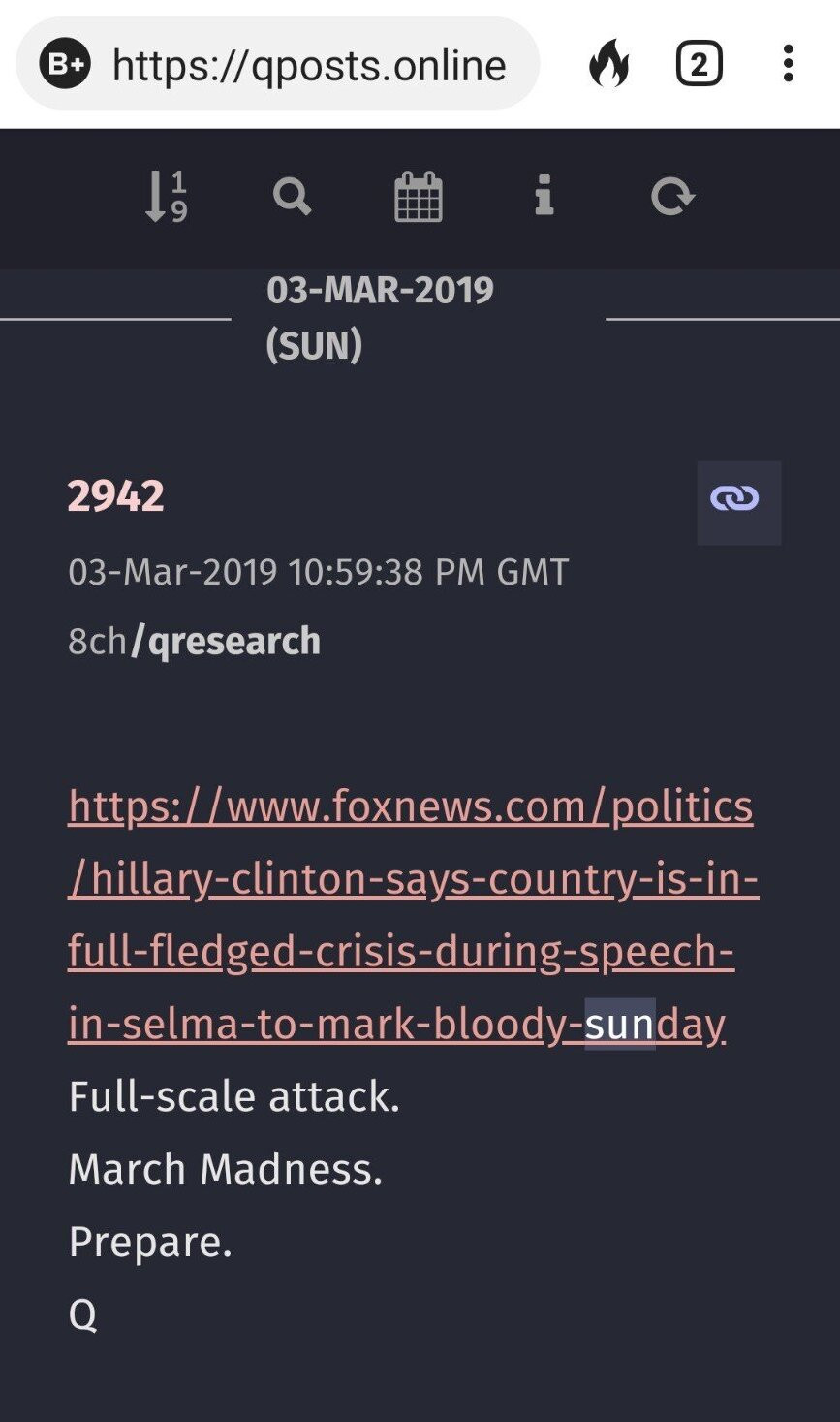 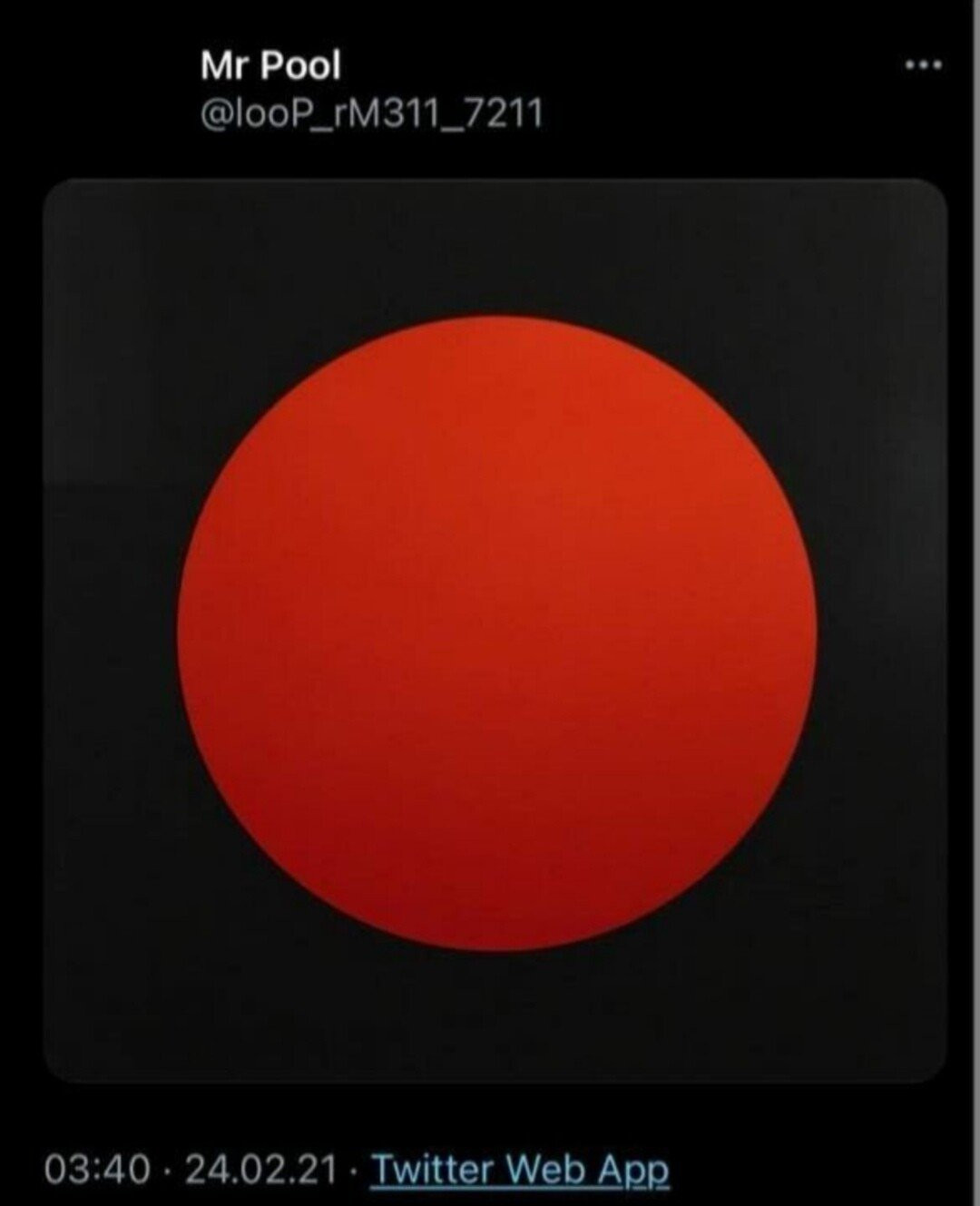 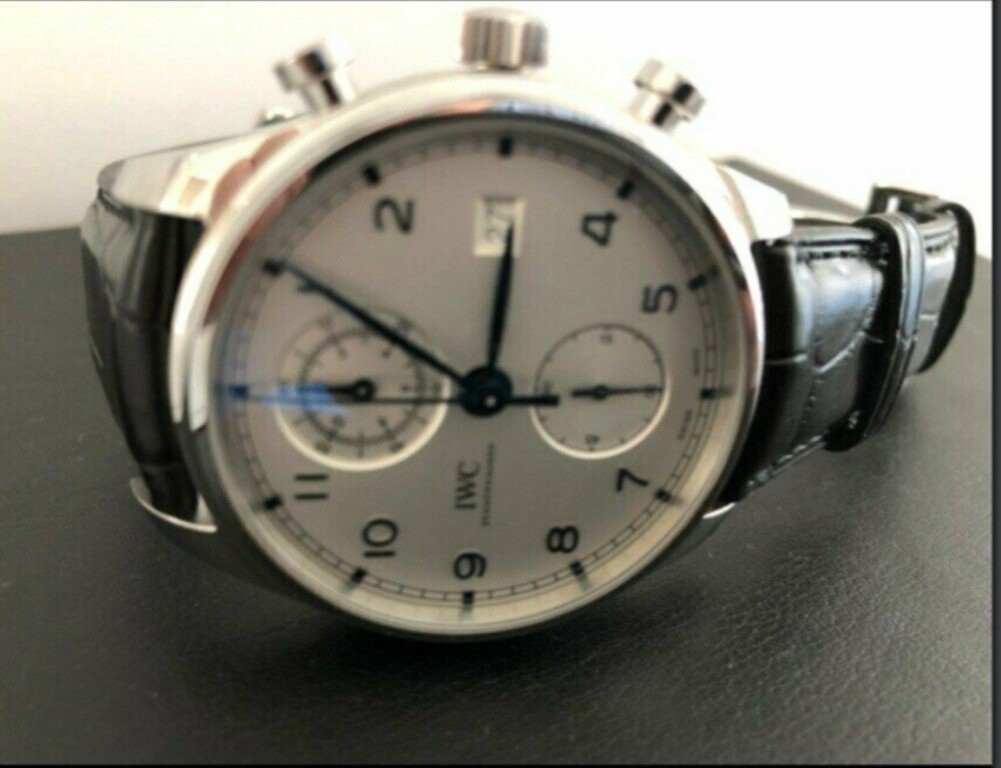 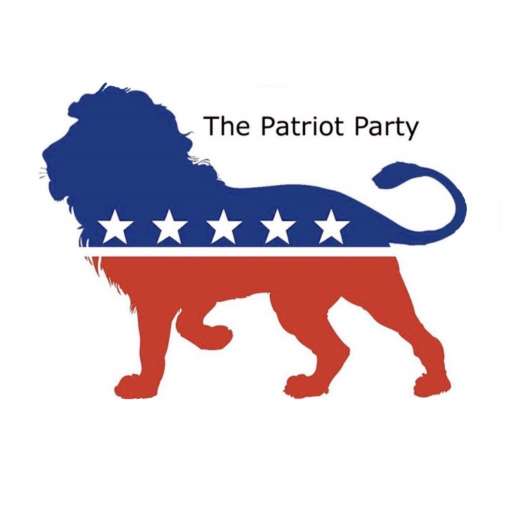 170 Following
412 Followers
In response Pandora_s Box to her Publication

...if it were up to me and my friends we would have started the shooting 3 years ago. That wouldn't have been silent. We still want a civil war but we are all with Q and DJT and we trust the plan.

Remeber Romans 12:9
Do not take revenge, my dear friends, but leave room for God's wrath, for it is written: "It is mine to avenge; I will repay," says the Lord. 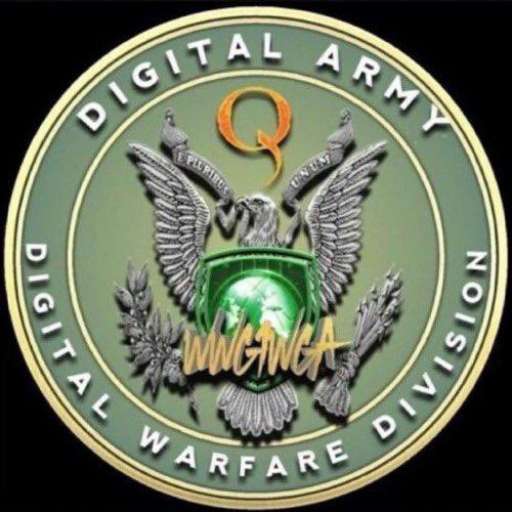 125 Following
98 Followers
In response Margaret Cosenza to his Publication 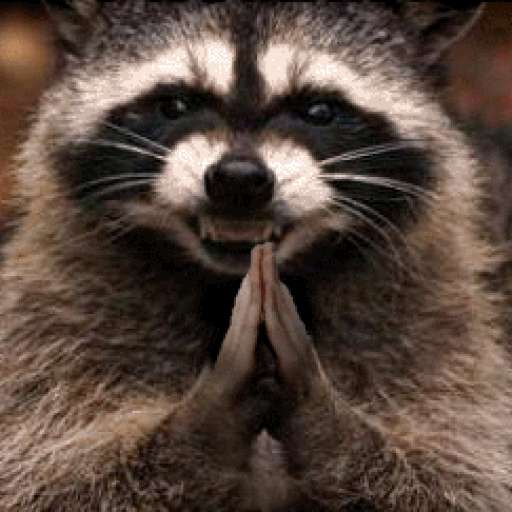 LETS TALK OF THE MAGIC OF THE TAHOE... THE VEHICLE IS NICE BUT I AM REFERENCEING THAT BIT OF LAND BETWEEN THE WATER AND LAND...THE TAHOE FOR NATIVE AMEICANS...IT HAS OTHER NAMES. THIS IS A MAGIC STOP, MANY MONADS GATHER WAITING TO QUICKEN. THE LIFE IS THICK IN THIS MAGIC EDGE OF ELECTROMAGNETIC ENERGY, YOUR SKIN WILL TINGLE... KEEN THAT FEELING. IT FEEDS YOU.

DOES ANYONE HAVE QUESTION WHY? NOT IF YOU HAVE BEEN THERE.
ANY BODY OF WATER. THE QUICKENING WAITS THERE, AT THE EDGE. 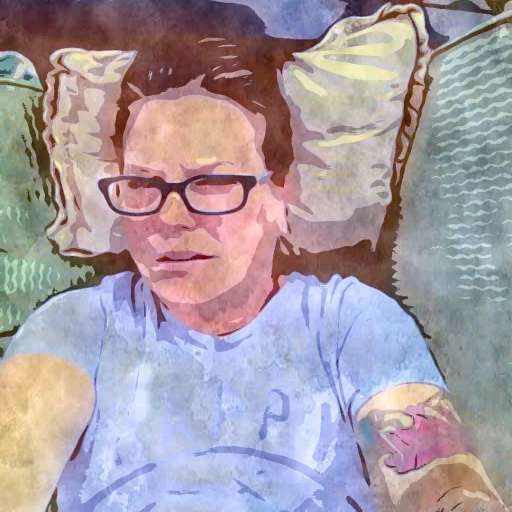 74 Following
252 Followers
In response Deb EMM to her Publication

Melons originated in Africa or in the hot valleys of Southwest Asia, especially Iran and India, from where they gradually began to appear in Europe toward the end of the Western Roman Empire. Melons are known to have been grown by the ancient Egyptians.

74 Following
252 Followers
In response Deb EMM to her Publication

Trying to take it one step more and to interpret the dream (My birthday is March 1
Trident is typically used to describe the weapon that characterizes Poseidon as the god of the sea. ... The trident signified the domination of the seas across Roman, Greek, and Hindu mythologies.

The decline and fall of the Roman empire🤔 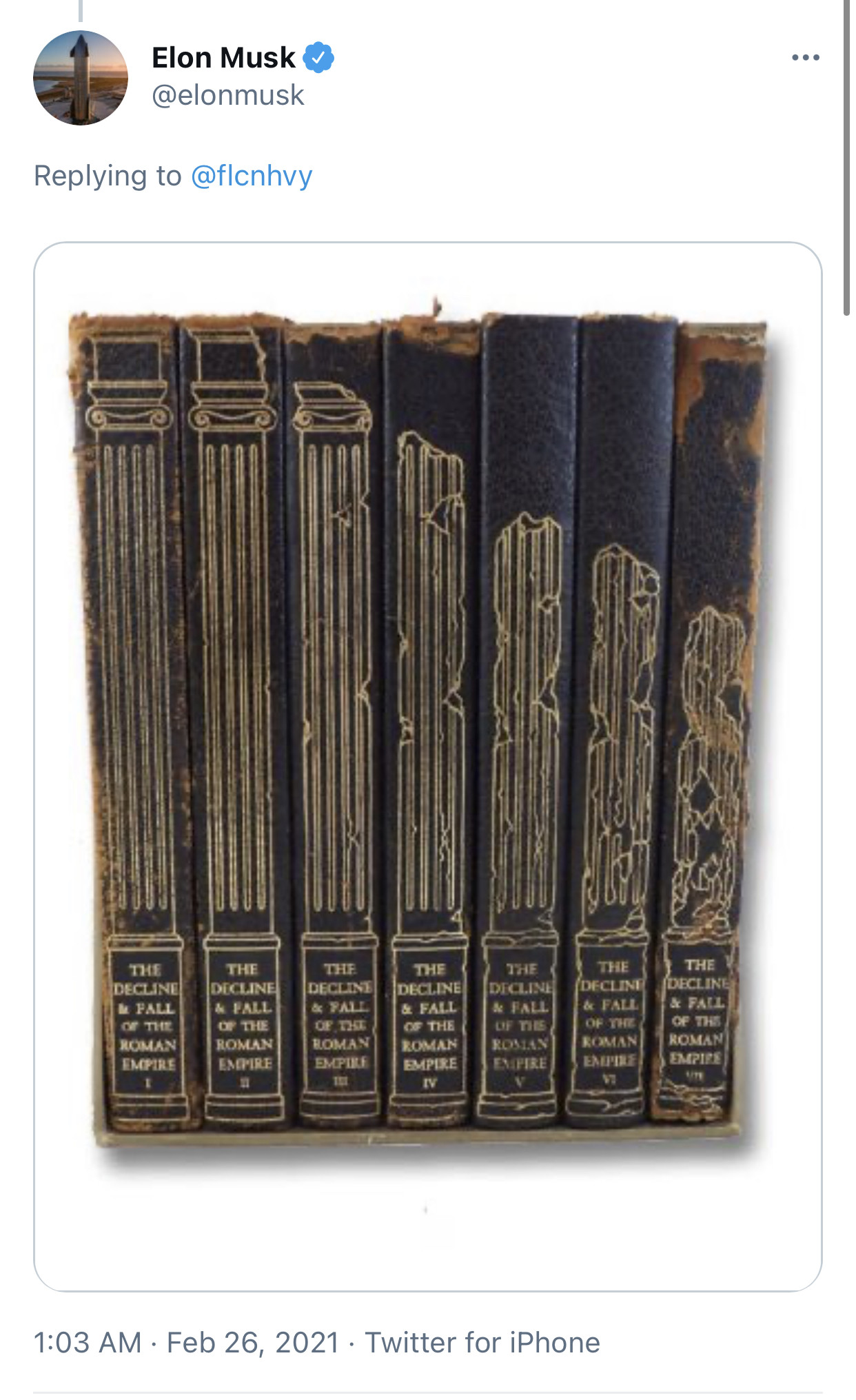 Blood bought member of the body of Christ. Been awake for 25+ years, this is a spiritual battle. God bless all the Patriots. Psalm 94:16 KJB

For whatsoever things were written aforetime were written for our learning, that we through patience and comfort of the scriptures might have hope. {Romans 15:4...KJB}

LUBEC MAINE IS SPECIAL, IT HOLDS THE LIGHT, FOR ALL OUR LOST TRIBE MEMEBERS.

SEE THE RED FOR GOLD AND THE WHITE OF THE CHRIST LIGHT, TWIRLING AROUND THE TOROID OF THE TOWER... THE LIGHT OF FUSION GUIDES US ON OUR SEARCH FOR OUR KEN.

LOST ARE NOT THE BROTHERS AND SISTERS OF THE CHRIST LIGHT.
WE ALWAYS WELCOME THOSE THAT WERE CHASED BY THE ROMANS... MY PEOPLE REMEMBER WAY BACK THEN. OUR FAMILY GATHERS AND TALKS OF COMMON THINGS, WHEN THEY FIND EACHOTHER.

TRIBES ARE SCATTERED, BUT OUT HEARTS ARE NOT, THEY ALWAYS GATHER TO GOD AND PEACE. EARNEST AND HONEST AS THE DAY IS LONG.