57 Following
970 Followers
In response Vincent Kennedy⍟ to his Publication

2 days ahead of schedule?
#32
Maybe one day but it cannot go slow. The initial wave will be fast and meaningful. It will send a signal to others immediately and you’ll see the tide turn (not even the MSM can hide and rest assured some will be jailed as deep cover agents). 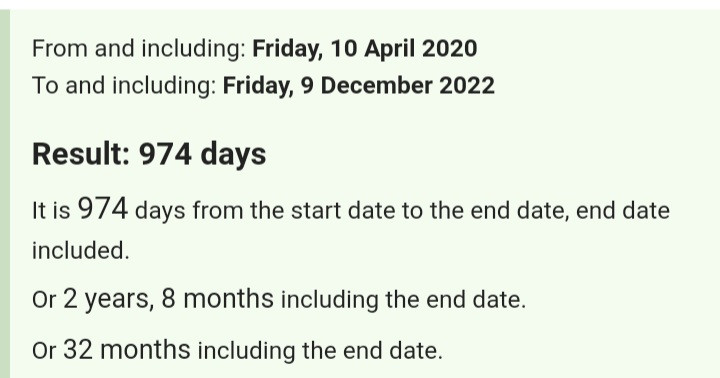 Fact... and they announced it many times before it happened. The towers were built to come down on that day in the very fashion they did. If anyone doesn't believe that after looking at the facts then they really have very little ability to reason and use logical thinking.There really is nothing to debate about it at this point. Case closed.

Album cover with 911 backwards over the pillars looking out of what? An airplane window... 1979.

Rockefeller on Newsweek cover '67 and back page of mag, 9/11 and twin pillars.

Imagine the planning it took from this point in '67 to the kids reading from a book the words... Kite, hit, steel, plane, must to the "Resident" of the US 15 seconds before he was told the pillars were hit. Just imagine how joyful they were when the plan succedded and they thought they got away with it.

Oh what a tangled web they weave when first they practice to.... 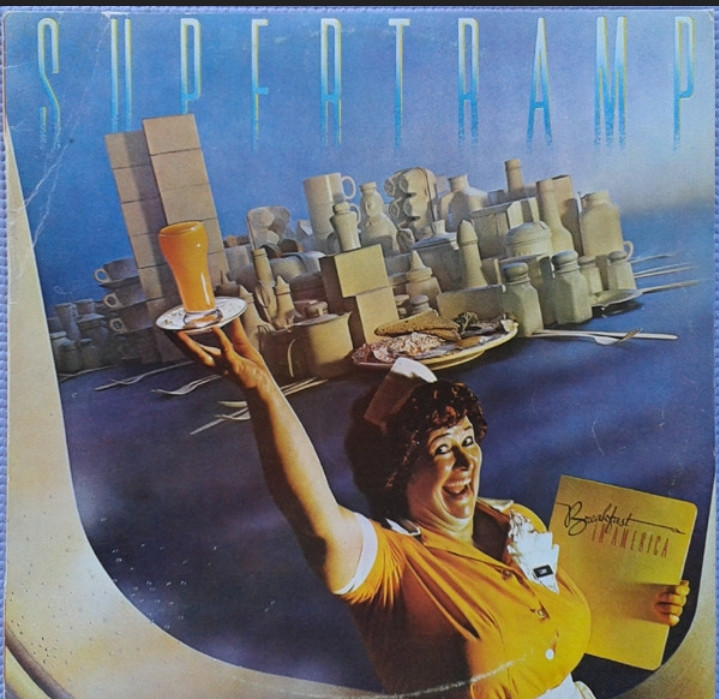 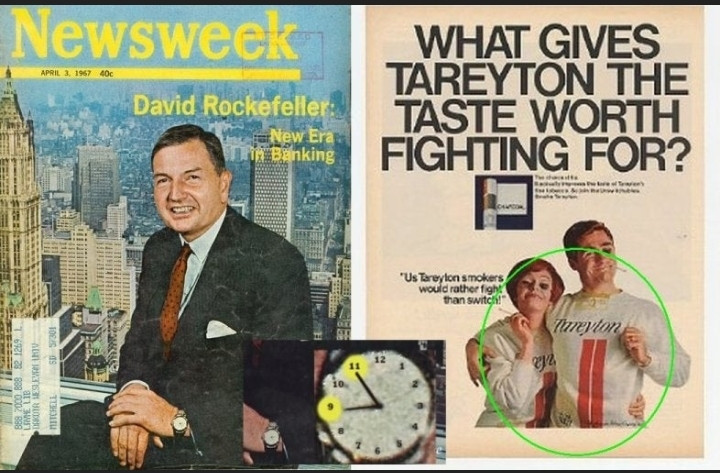 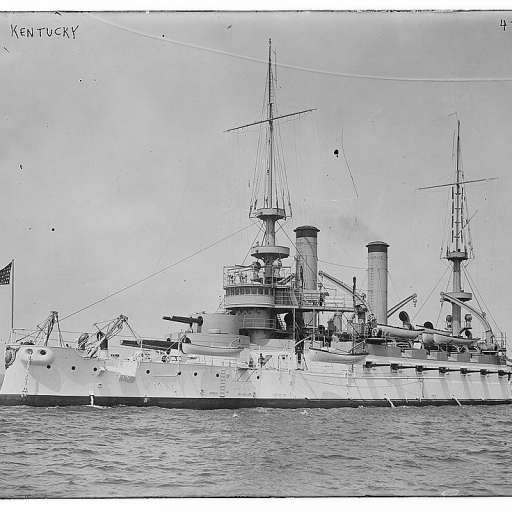 As cataloged by the British tabloid the Daily Mirror, Eve's "cryptic" explanation of her theory is as follows:

Album came out in 1979
9/11 reference
9/11 was served with breakfast ... not to mention the everyday fight for freedom: "Breakfast In America."
Orange juice = fireball
You are looking out of the window of a plane, she is showing the target. 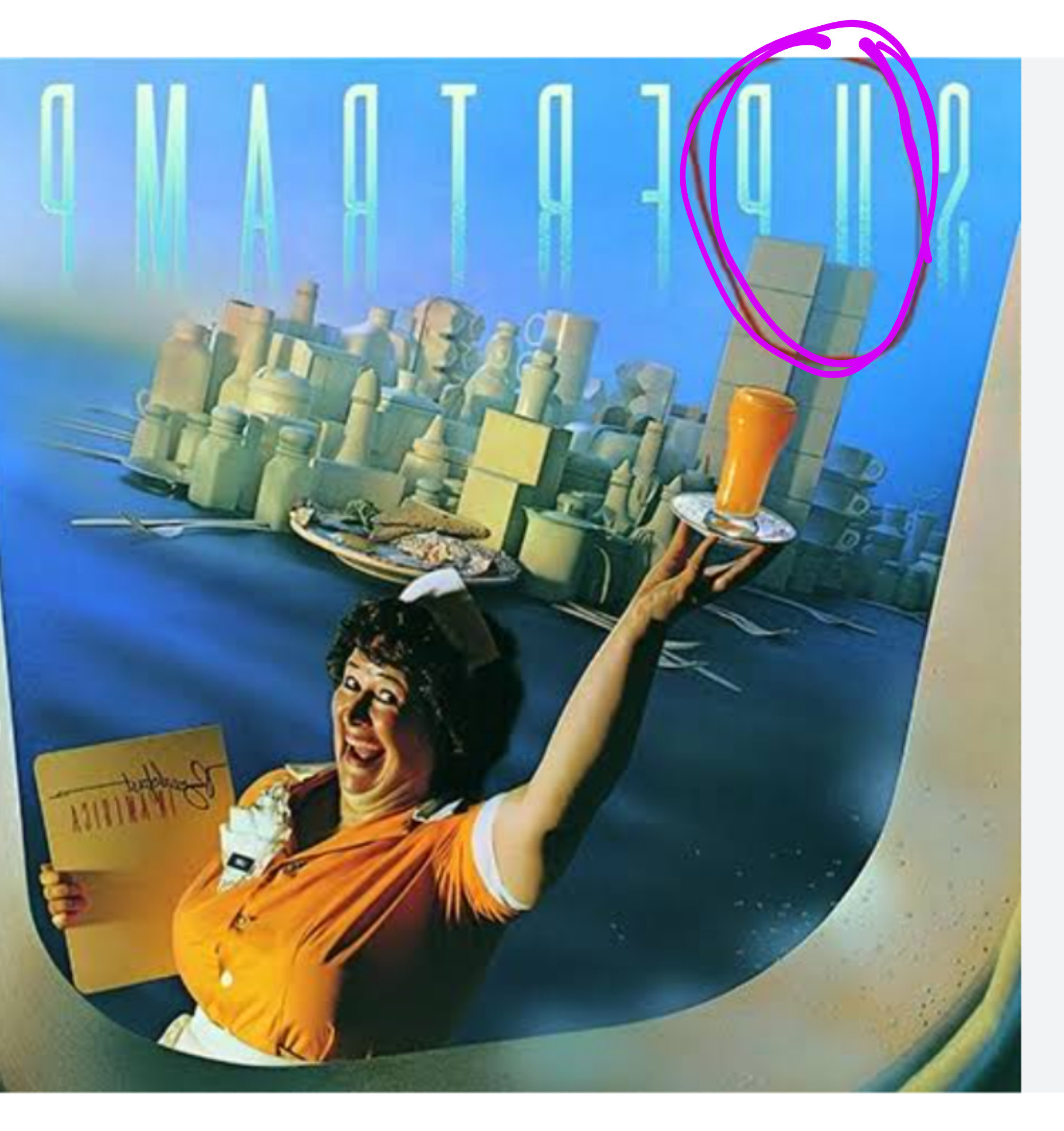 This Judeo Islamic Kennedy clan started ISLAMIC TERROR FROM 1979 IN KASHMIR AND INDIA AGAINST HINDUS.
DOES THIS TRUTH HELP YOU TO SET FREE?
@ Kennedys @ Michael Flynn ( Now I slowly realizing the reality that you are literally a agent of Russia)

120 Following
753 Followers
In response Blinky Blinx to her Publication 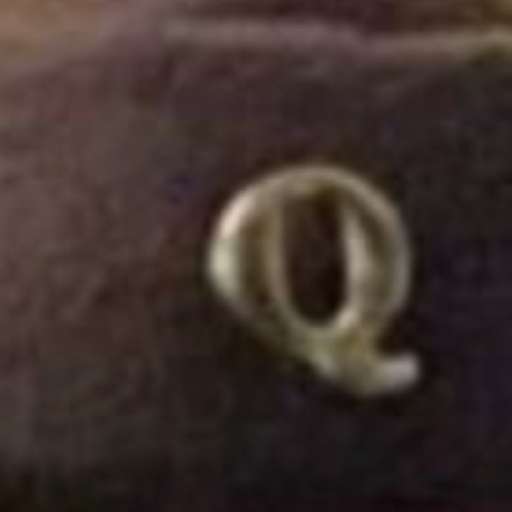 oh, no way they knew! 🤪
check this out…Wyeth internal document 1979 saying that because they had sent a batch to the same town, too many babies died and that would get too obvious, so it would be best if in the future they spread the batches out.. then just a baby dying in different towns would be much better. 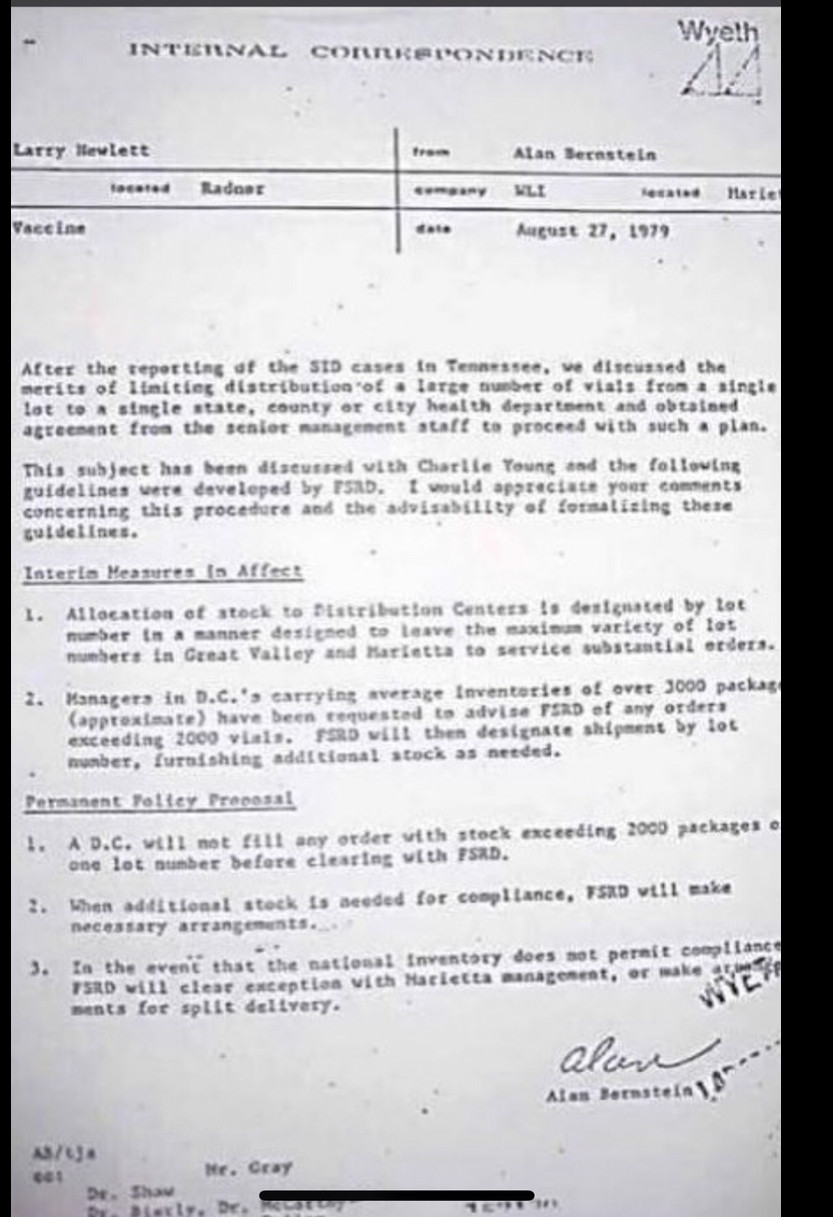 Powerful IED = CIA and CIA is the main instrument to launch Islamic Terror in South Asia from 1979 by the father of Islamic Terror Brezenzsky the polish jewish refugee and secretary of Department of Defence of President Jimmy Carter from Kennedy group of JFKsr, and Carter's vice President Mondale.
Therefore here in Hindu Temple Poweful IED = Islamic Terrorism= Muslims who were recruited to execute the job = ISI of Pakistan/MIL of Bangladesh which is totally Jamatified by BNP government = CIA = Jimmy Carter +Brezenzsky = Kennedy clan one of the 13th Archon Bloodlines of Illuminati that control America and signature of Kennedys are they founded CIA jointley with Rockefeller and Kenndys control NORAD and a fraction of army and ammunition of USA.
Got the point? @ RVS Manir @ Indians @ Kennedy family @ CIA @ Americans

Defender of Truth. Exposer of Lies. Patriot till Death.

1, 376 Following
1, 389 Followers
In response Sam Brown to his Publication

Ted Gunderson warned about the proliferation of secret Satanic groups . . . . four thousand ritual human sacrifices are performed in New York City every year…
https://www.youtube.com/watch?v=tZz8sA4DJ60?version=3&rel=1&fs=1&showsearch=0&showinfo=1&iv_load_policy=1&wmode=transparent VIDEO NOT AVAILABLE ANY MORE http://educate-yourself.org/cn/tedgundersonpasses01aug11.shtml
"Ted Gunderson was a wonderful, caring, and giving person. Since his retirement from the FBI in 1979, he had devoted his life to helping those least able to fend for themselves and get out their stories of satanic ritual abuse and government-sponsored secret operations including mind control, child abduction, sexual abuse of children, sexual enslavement, human trafficking, auctioning of children and the use of kidnapped children for secret experimentation and ritual murder."

Aug. 1, 2011. I received an e-mail from a person named Linda this morning informing me that Ted Gunderson had passed away yesterday, Sunday, July 31, 2011. I called Ted's daughter Lori and she confirmed that her father died yesterday. Ted had been hospitalized at Cedar-Sinai Medical Center in Los An..

The 2012 spy drama Argo, starring Ben Affleck and based on the real-life CIA operation to exfiltrate six embassy staff trapped in Tehran following the 1979 revolution, was a big publicity boost for the agency.

In late 2012 Ben Affleck was on the promotional circuit for Argo. Naturally, this led to questions about the CIA-Hollywood connection and, in one interview, Affleck commented “Probably Hollywood is full of CIA agents, and we just don’t know it.” When he was asked if he was working for the CIA Affleck replied, “I am, yes, and now you’ve blown my cover.” 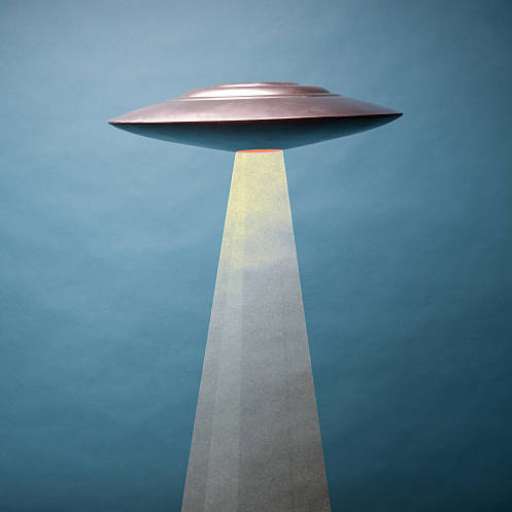 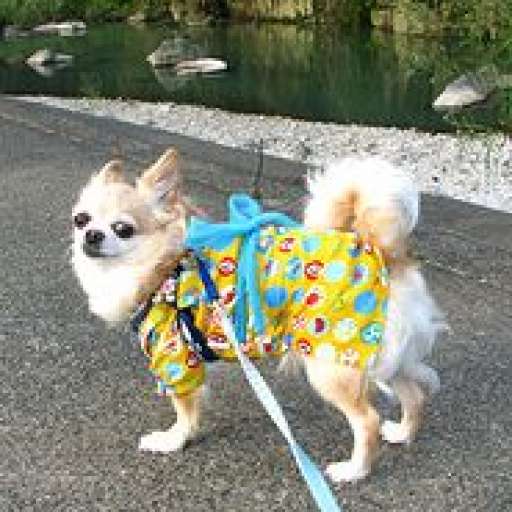 My Twitter account was suspended. I don't understand English. I can speak Japanese only. BUt I want to know The world. I enjoy outsider✨💖✨ 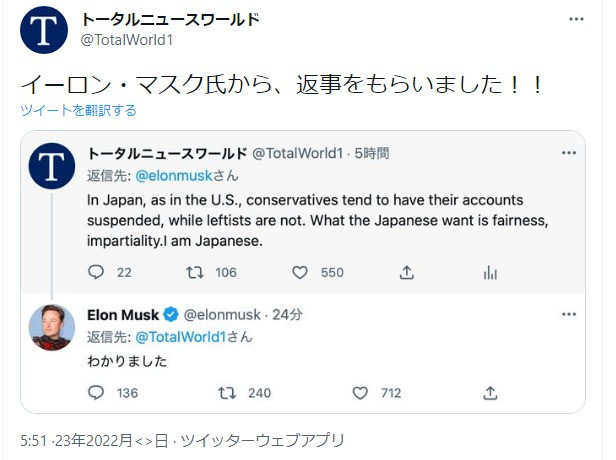 #wwg1wga#TheGreatAwakening#Nothingcanstopwhatiscoming#GodWins 🍿🍊
Sid Williams is Maxine Waters' husband. He was an NFL football player, and then a sales representative at Mercedes-Benz Hollywood, Inc. in Hollywood, California from 1979 to 1994.
Immediately following his car sales career?👇

Williams served as the United States Ambassador to the Bahamas under the Clinton Administration from 1994 to 1998.

From car salesman to Ambassador to the Bahamas...quite the promotion.
---

---
Sidney Williams’ Unusual Route to Ambassador Post : Appointments: His nomination has drawn some critics. But his biggest boost may come from his wife, Rep. Maxine Waters.
https://www.latimes.com/archives/la-xpm-1994-02-06-me-19843-story.html 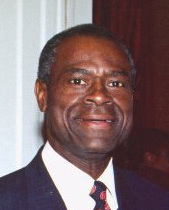